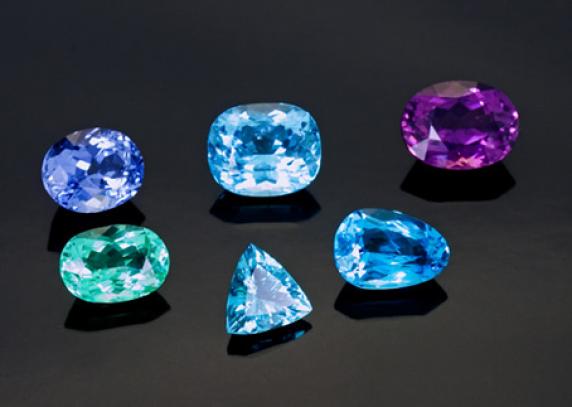 What is a Tourmaline? Tourmaline is classified as a semi-precious stone, and can be found in a wide variety of colors. It is a mineral that has been compounded with elements such as aluminum, sodium, lithium, et al. 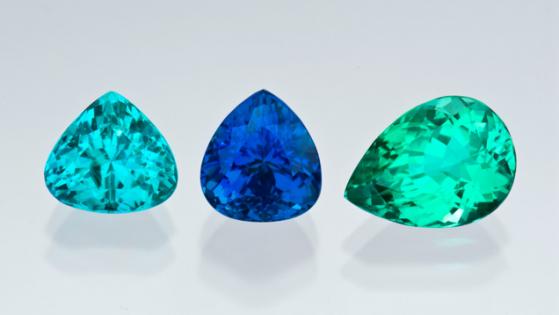 Today’s blog post is a little technical, but the topics mentioned herein come up often enough in the jewelry industry and among our ‘collector clients’ that we thought it was time to add our two cents to the debate on Paraiba nomenclature.

Paraiba Tourmaline was first discovered in 1989 in the state of Paraiba, Brazil- hence the name. The find was the crowning achievement of Heitor Barbosa, a Brazilian geologist who focused his prospecting efforts in a region that was not previously known for its minerals. This initial mine was called the Batalha mine, and it is still considered to have produced the finest Tourmaline crystals in the world. (While the Batalha mine still produces a small amount of lower quality stones, the fine Paraiba tourmalines were mined out by the mid-1990s).

When the material first hit the market at the Tucson Gem Shows in 1990 it captivated jewelers and collectors with its amazing neon blue and green colors never before seen in the natural gem world. Gemological laboratories performed complex testing on the material and discovered that it was a natural Elbaite Tourmaline- therefore a sibling of Rubellite, Indicolite and Watermelon Tourmaline. Elbaite is normally achromatic- meaning the crystals are colorless unless there are trace elements present in the chemical formula. In the case of Paraiba Tourmaline the crystals contain trace amounts of copper (sometimes alongside gold, too) that give the crystals their unique color. Thus the GIA and AGTA adopted a technical name of “Cuprian Elbaite Tourmaline,” though jewelers, auction houses and collectors continued to use the term Paraiba Tourmaline when discussing and selling the material.

Paraiba Tourmaline terminology remained a non-issue until a decade later when a deposit of similarly colored tourmalines was discovered in Nigeria. While the colors of the Nigerian material weren’t as intense as the Brazilian stones, testing confirmed the presence of copper in the crystal structures. Hence the main gem labs certified the stones as “Cuprian Elbaite Tourmaline” just as they had certified the original Paraiba material. Depending on the dealer who sold the gems, buyers could find them listed under a variety of names and descriptions since no rules or guidelines for nomenclature existed. The naming confusion didn’t last long, since the Nigerian deposit was soon exhausted and the gemological community promptly forgot about the issue.

That lull lasted until 2005 when amazing Cuprian Tourmaline crystals were discovered in Mozambique. These new crystals were often larger than the Brazilian material, cleaner than the Nigerian material, and the colors were quite intense (above photo shows the color range from this source). While maybe not as vivid as the finest Brazilian stones, the Mozambique material was stunning and quickly captivated the Paraiba-starved market. Most reputable gem dealers marketed the new find as ‘Mozambique Copper Bearing Tourmaline’ or ‘African Paraiba Tourmaline,’ but there were those who tried to inflate their prices and increase demand by labeling their stock as simply ‘Paraiba Tourmaline’ which implied a Brazilian origin and a price tag to match.

It quickly became obvious that something would have to be done to establish identification and naming guidelines for all Cuprian Tourmalines. Led by the foremost laboratories (like GIA, AGS and Gubelin) gemologists determined easier methods to a) to confirm copper content in the gems and b) distinguish Brazilian Paraiba tourmaline from other sources. While the gemological community was able to unite behind the testing methodology, naming the gems was a different matter.

In the first camp were the traditionalists. These jewelers and gem dealers had been selling and stockpiling the original Brazilian Paraiba for 20 years, and were concerned that the new find of Mozambique material would flood the market and thus decrease the value of their assets. They also felt that the Brazilian gems were more intense and saturated in color, and they wanted to make sure that there was a distinction between the two sources. Their best argument was that one could not sell a ruby from Africa as a “Burmese Ruby” since it had not come from that source. Thus they wanted to make sure that the famed Paraiba name was limited to stones only from Paraiba, Brazil (like the below suite of small, but intensely colored, gems).

In the second camp were dealers and designers who were excited about the new material, and wanted to be able to more effectively market it to consumers. They didn’t so much care about the source of the gems, but they loved the unique color and thought that consumers might be a little overwhelmed by the “African Cuprian Elbaite Tourmaline” moniker. Some dealers also hoped that the Mozambique material would increase in value if it was marketed alongside its more infamous Brazilian cousin (the below stones are from Mozambique). One of the cornerstones of their argument was that the name Paraiba had been adapted for use with other stones, such as Apatite, to describe neon Windex-blue color, and that they were simply appropriating the name in the same way. 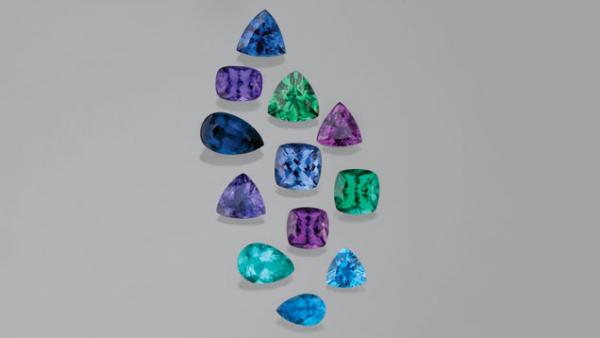 Where we stand now

This argument raged for several years, until the International Colored Stone Association and the American Gem Trade Association combined efforts with the Gemological Institute of America to clarify the naming in 2012. Their decision was that Paraiba was in fact a location name, thus Brazilian stones are the only ones to be called “Paraiba Tourmaline.” However, they did acknowledge that the term ‘Paraiba’ had come to be associated with copper bearing Tourmaline and neon blue gems in general. Due to this, African stones can be called “Paraiba-type Tourmaline” and stones that are similar in color, but do not contain copper (or do not have a laboratory certificate stating as such), can be called “Paraiba-color Tourmaline.” Some dealers take it a step further, using Brazilian pronunciation and spelling when describing Paraíba, and using standard spelling and pronunciation when selling Paraiba from other locales. 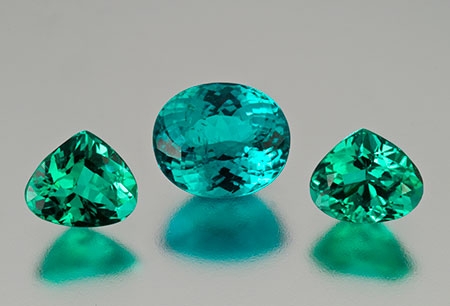 Whether as a result of naming or not, prices do seem to have changed since the Mozambique discovery and the naming debate. Due to the increased availability of low to mid quality Paraiba-type Tourmaline the price for lower quality Brazilian material has decreased and prices for African stones have remained quite affordable- as low as $500 per carat in 1ct sizes. However, the prices of finer quality Paraiba Tourmaline have increased, with Brazilian stones still commanding a substantial premium over other sources. In fact, we have seen top gem quality Brazilian Paraiba in intense colors sell for $40,000 per carat (when you see gems like those above, you can see why they captivate collectors and command such high prices).

After years of upheaval in the Paraiba market, things are starting to settle down. First of all, there have been no new discoveries of copper bearing Tourmaline since 2005 so we have not had to contend with the wild ups and downs associated with new gemological finds. Most importantly, having a definitive guide and rule book for evaluating and naming these gems has allowed us to be more confident in marketing Paraiba-type Tourmaline to our clients. This confidence is increased when we purchase from American dealers who stand behind their products and track the gems from mine to market. Our added buying confidence allows us to increase the inventory our clients can choose from, and we are able to make some amazing jewelry using these incredible gems. We made the below pendant using a natural Tourmaline from Mozambique, and while the color and glow look like the gem contains copper, we are selling it as Paraiba-color since we do not yet have a certificate on the stone.

It should be noted that we do not carry Brazilian Paraiba Tourmaline, but we can get them in on request. We do stock a good selection of Mozambique Paraiba-type Tourmaline, as well as a vast selection of Paraiba-colored mint, aqua and teal Tourmaline from mines in Afghanistan- an affordable alternative. We owe a special thank you to the GIA, AGS, John Bradshaw, and Barker & Co for the use of their photos in this post.

For more information on Paraiba Tourmaline, feel free to Contact Us at Federal Way Custom Jewelers.